In 2018, the Scientific Board saw two of its members withdrawing, Andrew Prescott and Manfred Thaller. Andrew Prescott is Professor of Digital Humanities in the School of Critical Studies at the University of Glasgow and Manfred Thaller has now retired from the position of Professor Emeritus in Computer Science for the Humanities at the University at Cologne. We thank them both for being part of the Scientific Board and wish all the best for the future.

On this occasion, DARIAH welcomes two newly elected members of the Scientific Board, Sarah Kenderdine, Professor of Digital Museology at the École Polytechnique Fédérale de Lausanne (EPFL), and Arianna Betti, Professor (Chair) of Philosophy of Language at the University of Amsterdam. 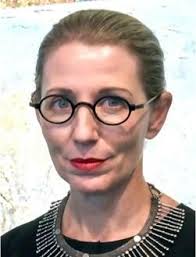 Sarah Kenderdine’s research is focused at the forefront of interactive and immersive experiences for galleries, libraries, archives and museums. Her internationally exhibited and critically acclaimed works amalgamate cultural heritage and new media in the fields of interactive cinema, augmented reality and embodied narrative. A former maritime archaeologist, she also researches extensively on world heritage sites. She has extensive research experience of Asian tangible and intangible heritage.

Most recently, Kenderdine was the founding director of the Expanded Perception and Interaction Centre (EPICentre) at UNSW Australia in 2015, where she pioneered new visualization frameworks for medicine, engineering and the arts. This research included conceiving the world’s highest resolution fully interactive panoramic VR display system (EPICylinder). Sarah was also the director of the Laboratory for Innovation in Galleries, Libraries, Archives and Museums (iGLAM) and deputy director for the National Institute for Experimental Arts (NIEA) and the Centre for Cinematic Research (iCinema). She headed Special Projects for Museum Victoria 2003-2017. She was also founding director of research at the Applied Laboratory for Interactive Visualisation and Embodiment (ALiVE) at City University of Hong Kong, 2010-2015.

Among several recent awards, she received the Council for Humanities, Arts and Social Sciences Prize for Distinctive Work in 2014, the International Council of Museums Award (Australia) 2014, the Inaugural Australian Arts in Asia Awards Innovation Award 2013, Tartessos Prize 2013 for contributions to virtual archaeology worldwide and the Digital Heritage International Congress & IMéRA Foundation Fellowship 2013 (Aix-Marseille University). In 2015, she was elected President of the Australasian Association for Digital Humanities, a post she held until September 2017. 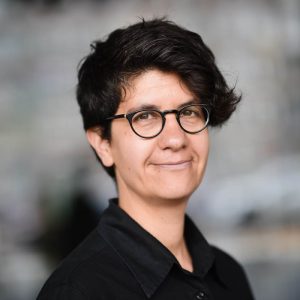 She (co-)coordinates interdisciplinary & valorisation grants on text-mining, historical OCR and visualisation of metadata on books in logic on geographical maps. A former member of the Young Academy of the Royal Academy of Arts and Sciences of the Netherlands, and a current member of the Global Young Academy, Arianna is also active in research policy topics such as grant mechanisms, open access and sustainability of research. She has been doing research at the universities of Krakow, Salzburg, Graz, Leiden, Warsaw, Lund, Gothenburg, and Melbourne, held research grants among others from the Italian CNR, the Dutch NWO and CLARIN-NL, and the European Research Council.

We are pleased to welcome them both in DARIAH and the Scientific Board and we look forward to fruitful collaborations!

This website uses cookies to improve your experience. We'll assume you're ok with this, but you can opt-out if you wish. Find out more.