The Ethics and Legality in the Digital Arts and Humanities (ELDAH) Working Group, chaired by Koraljka Kuzman Šlogar, Walter Scholger and, lately, Vanessa Hannesschläger, received funding in 2017 through the DARIAH Working Group Funding Scheme to develop the project “Open Licensing, Ethics and Scholarly Conduct in DH”. As a Working Group, ELDAH is dedicated to addressing the needs of the digital humanities research and education community on the topics of legal issues and research ethics. Through this project, the Working Group aimed to develop a tangible and hands-on service for the community in terms of producing recommendations, training and information materials on open licenses and Open Science in general, supporting thus the whole DARIAH and broader DH community. 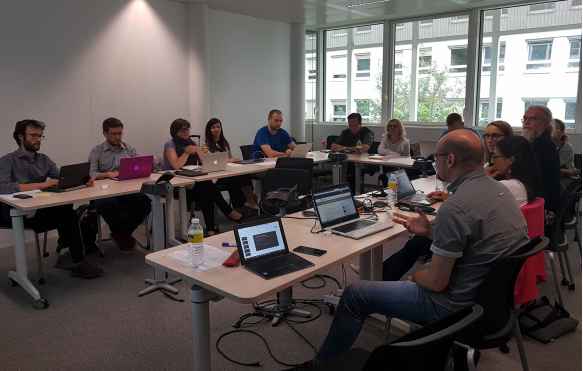 The Working Group noted that there is a recognizable political drive in the European Union to facilitate free and public access to cultural heritage and research data hosted at publicly funded institutions. However, the lack of legal harmonization and the diverse and often unclear national legislation on the use and provision of resources by public cultural heritage or research and education institutions have been prohibiting a much broader engagement. More recently, the new EU regulation on Data Protection (GDPR) caused a lot of insecurity and, due to the lack of information and counseling, prompted frantic activity that often went beyond actual legal requirements. ELDAH aimed to tackle these issues by providing reliable information for humanities scholars facing such legal questions and uncertainties in their research, not from a legalist but from a community- and practice-oriented perspective.

To this purpose, the Working Group developed, provided and shared some concrete recommendations by and for developers and scholars. The findings and results of this work have been disseminated at eight conferences and workshops, via websites and the HAL repository, but also as training materials and recommendations for open licensing of research data and results. During the project, three F2F meetings were organised with integrated workshops for developing a work plan and roadmap for the Working Group, assigning tasks to individual members and designing surveys for the community, among other. Additionally, ELDAH established collaborations with similar groups among the large European research infrastructures developing recommendations that will transcend national or infrastructural boundaries: with the Legal and Ethical Issues Committee of CLARIN ERIC (CLIC), the Consortium of European Social Science Data Archives (CESSDA) and the Europeana Networks Association – and pertinent working groups of national organisations: the Open Science Network Austria (OANA) and the Association for Digital Humanities in German speaking Countries (DHd). 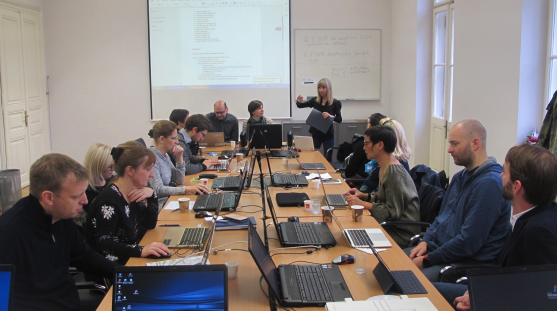 Last, the Working Group invested more on its communication and outreach activities by designing a new logo and other promotional material (postcards, bookmarks, flyers) with messages and content related to ethical and legal issues and how-to licensing guidelines. ELDAH also opened up a dedicated Youtube Channel “DARIAH Ethics and Legality” which will host the “Voice of the People” videos, presentations given by WG members and individual statements by the DARIAH community members on “Open Access” and “Licensing”.

ELDAH managed to secure funding at the beginning of its establishment, which was valuable for supporting the development of a roadmap in accordance with the DARIAH community requirements and strategic goals. During the year, 20 new members joined this Working Group.